When I was in high school, there was a popular show on television called “Lifestyles of the Rich and Famous” hosted by Robin Leach.  Robin would interview wealthy entertainers, athletes, business people…well basically the rich and famous (smile).  I always loved seeing what kind of houses they lived in, the beautiful areas of the country, or world, where they resided, and how they got to where they were in life. It 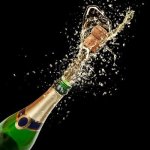 was fun to dream of living like that someday.  I was pretty sure that would never be a reality for me, but I did have hopes that one day Ed McMahon from Publishers Clearing House would one day knock on my door with a bunch of balloons and a big cardboard check with a 1 and lots of zeros after it.

Ahhh…if only.  What a fun lifestyle that would be to live.  Lifestyle.  Way back in June I promised I would talk about why this word is such a thorn in the side of the LGBTQ community and here it is September already. Honestly I have no idea where that time has gone.  Did we have a summer??

So, something that I hear ALL the time from people is that they love gay people they just don’t agree with their lifestyle choice.  Sigh.  I really try to react to this with grace because I never thought that being gay was a choice so I can’t really relate. Now there were other things I believed about being gay that I no longer believe, but this was not one of them.

There is one thing I can’t choose…and that’s to live a straight lifestyle.  That’s not something that I choose…it’s something that I am…straight.  No one has ever said to me, “I’m so glad you choose to live a straight lifestyle.”  So why then do we condemn gay people for choosing to live a gay lifestyle?  It’s not a choice.  If you think it is…you haven’t met enough gay people.  You haven’t entered into their story. If you do, it becomes clear.

So…when you say, “I love you, but I don’t agree with your lifestyle.”  What you are really saying is I don’t agree with you.  And not in a “I don’t agree with your opinion” sort of way, but a deeper you.  Their very being.  Because if you ask a gay person, they will tell you they can’t separate their sexuality from who they are as a person.  And in this area, as a society, we tend to drill things down to sex.  A person is gay or straight whether they are having sex or not.  Again…it’s a part of who we are not what we do.

Robin Leach would always end his show with the tagline “champagne wishes and caviar dreams” because those are things that people associated with rich people.  I’ll end this post with this…

Once we learn that something we say or do hurts someone, we should try to do better.  So do better.  And love each other.