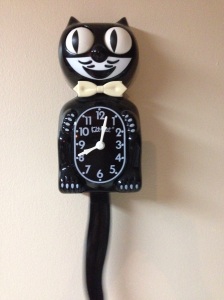 Kids seem to have a universal language.  I’ve yet to meet a little one that didn’t know this special way to speak.  It’s the whining, drawn out kind of language that drives parents crazy.  If you tell them no, you get the “Whyyeeeee??” If you ask them to do something and they don’t want to, you get the “Nooowah” (they have this way of adding syllables to words that don’t really belong there.)  Then there’s the, “Can I have more candy…pleeease?”  What is it about drawling out the word please that makes kids think they will get their way?  I used to use this word when it came to bedtime. “Can I stay up later…pleeeease?”  My dad would take me over to the clock in our kitchen to show me what time it was and explain to me that it was time for all little girls to go to bed.  I didn’t know it at the time, but I found out when I was much older that there were some nights that he and my mom would move the arms of the clock to 8pm when it was really earlier than that.  Can you believe that?  I’m sure I was a delightful child at all times and there was no need for those shenanigans. (smile) My dad bought me the exact kind of clock we had back then for Christmas a few years ago.  It hangs in my kitchen today and brings back fond memories.

When I found out my son was gay, the first place I went to were Christian websites to find out what to do.  I told him that I loved him no matter what and that was really how I felt, but I had no idea how to handle the situation.  I never believed that someone chose to be gay, but I did have the belief that something happened to them when growing up that somehow caused them to be gay.  The Christian literature that I was reading and listening to confirmed this belief.  Unfortunately, the reasons were all pointing to his dad and I.  I knew that he wasn’t sexually abused (one of the reasons that they give), so the only other thing it could be is that we had done something wrong. According to the Christian ministries I looked into, some of the reasons children turn out to be gay are their mother is overbearing, or their father is distant, or one or the other parent is aloof, they are too controlling, unloving, not spending enough time…the list goes on and on. As a parent, this is devastating to read.  Then imagine that you discover in your adolescence that you are gay.  You are distraught by this and don’t like yourself.  Then you learn that it’s your parents fault.  You blame them. You are angry with them.  Imagine thinking that your child is gay because your spouse didn’t give your child what they needed.  Do you know that some marriages are destroyed and some gay children stop speaking to their parents over these beliefs? It’s a no win situation.

When my son got out of the hospital (you can read about that in my post Buttons and shoestrings), he started his junior year in high school.  It was a new school and I was hoping it would be a new beginning.  I drove him to school everyday. And everyday I said the same prayer, “God please put kids in his path who love You.  May they point him to You…show him Your love.  Lord please let there be a teacher who notices his pain and takes him under their wing. Protect him.  And Lord please send a girl his way that is like no other girl he has ever met.  Let him discover feelings that he didn’t know were possible.”  I prayed it everyday without fail for two years.  Nothing changed.  Then as a child I went to my heavenly Father and I would also pray, “God, can I have a do over…pleeease??  Show me what I’ve done wrong so I can make it right.”  He can do anything.  He can turn back time and let me have my do over…right?  It was such a painful time.  I would read posts on Facebook about other teens dating and it would make me cry. I would see dads in the grocery store with their sons and I would cry.  I would see toddlers and I would cry.  I did a lot of crying. 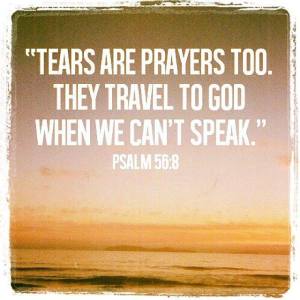 I was referred to an “ex-gay” group for help for my son.  I looked into it, but it just didn’t feel right.  I think God was protecting us.  The things that they teach are the very things that I mention above.  They cause damage and because of that one of the oldest Christian ministries dealing with homosexuality issued this statement:

Irvine, Calif. (June 19, 2013) — Exodus International, the oldest and largest Christian ministry dealing with faith and homosexuality, issued an apology to the gay community for years of undue suffering and judgment at the hands of the organization and the Church as a whole.

The apology dovetails with the ministry’s 38th annual conference in Irvine, Calif. – and the Thursday, June 20, airing of the television broadcast “God & Gays” on Our America with Lisa Ling. On Ling’s program,Exodus President, Alan Chambers, sits down with gay and lesbian people hurt by the Church with the goal of reconciliation.

“It is strange to be someone who has both been hurt by the Church’s treatment of the LGBTQ community, and also to be someone who must apologize for being part of the very system of ignorance that perpetuated that hurt,” said Chambers. “Today it is as if I’ve just woken up to a greater sense of how painful it is to be a sinner in the hands of an angry church.”

You can read the whole article here:  http://wespeaklove.org/exodus/

I am thankful that my God has not forsaken me.  He has guided me through this journey and taught me that it’s not my fault.  I’m thankful that my faith has remained intact.  To be honest, there were times when I questioned if that would be the case.  I pray that one day my son will once again be able to feel God’s love for him.

4 thoughts on “Can I get a do over…pleeeease!!”