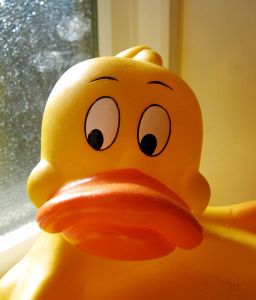 Ok…so I haven’t been on here in a while because I had a 15 day migraine. The last thing I wanted to do is stare at a computer screen.  Maybe that’s a good thing because I wasn’t subjected to the whole Phil Robertson scandal.  Now that I’m back online, I’ve seen my fair share of it and it makes me sad.  It’s like Satan took a piece of meat and threw it to a pack of hungry wolves. While everyone is bickering, there are people in our country suffering because they are homeless, hungry, sick… What a way to distract God’s people.

Freedom of speech…we all have it even though many are complaining that we don’t.  Phil Robertson expressed his opinion and some people didn’t like what he had to say and made that very clear.  His ability to express himself wasn’t taken away….he wasn’t thrown in jail, or worse.  But we all need to understand that sometimes there are consequences for how we express our opinion…especially if we are in the public eye and represent a company or organization.  If Christians would just understand that it’s not so much what they say that starts a controversy, it’s their delivery.  People want to be treated like human beings with dignity. The whole thought of “hate the sin…love the sinner” sounds so nice and righteous, but it falls so short of how we are to treat others.  Many times the hate is obvious, but the love is not.  If we really followed that philosophy, we would treat everyone equally because let’s face it…we are ALL sinners.  But the truth is…we don’t treat everyone the same.

Unless you are gay, you will never understand what it’s like.  I’ve been a Christian most of my life.  I’ve never been persecuted for it, or judged for it.  I’ve never been bullied for being a Christian, and I’ve never had to think about being attacked while walking down the street.  I can go to any church that I choose and I will be welcomed there. My friends and family have not turned their back on me and I haven’t had strangers yell at me at my job because I was a Christian. The same can not be said for many gay people.

I know there are all kinds of radical groups out there on both sides of this issue.  Christian vs. gay.  Things are going to be said that offend both groups. Sometimes you just have to agree to disagree.  Words carry great power and the results of their sting can be long-lasting.  Everyone is so worried about being “right”…making sure their point is heard.  Instead of getting our feathers so ruffled, let’s focus on the hurting people in our world.  If Jesus lived here and now, I don’t think he would be sitting at his computer arguing his point.  I think he would be with people showing them His Father’s love.

9 thoughts on “Get a grip people…”